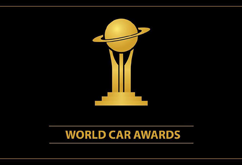 AND NOW THERE IS ONE….

At a press conference hosted by the New York International Auto Show and Bridgestone Corporation, the Audi A3 was declared the 2014 World Car of the Year.

The Audi A3 was chosen from an initial entry list of twenty-four vehicles from all over the world, then a short list of twelve, then three finalists:  The BMW 4 Series, the Mazda 3 and the Audi A3.

Rupert Stadler, Chairman of the Board of Management of AUDI AG, said: “The Audi A6 was the first ever winner of this award and we are delighted that the Audi A3 has repeated that achievement by being voted 2014 World Car of the Year.  The Audi A3 showcases Audi’s technical competence in all aspects of carmaking, not least in the areas of lightweight technology, drivetrain, mobile infotainment and driver assistance systems.  This major award win is an achievement that the whole company can celebrate”.

The World Car Awards jurors observed that, “It might borrow styling hints from its bigger brothers, but the A3 still offers classic, chiseled contours and even better interior trim levels. With a superb choice of engines and 4 body styles, the A3 range packs a hefty premium punch in the small luxury segment. Audi should be complimented for making this A3 ride like no other A3. All the old shimmer over rough surfaces has gone, replaced by a silky smooth ride that approaches limousine quality”.

To be eligible for the overall World Car award, the candidates must become available for sale on at least two continents during the period beginning January 1, 2013 and ending May 31, 2014.

Vehicles are selected and voted on by an international jury panel comprised of sixty-nine top-level automotive journalists from twenty-two countries around the world.  Each juror was appointed by the World Car Steering Committee on the basis of his or her expertise, experience, credibility, and influence.  Each juror typically drives and evaluates new vehicles on a regular basis as part of their professional work.   Through their respective outlets they collectively reach an audience of many millions world-wide.

About the World Car Awards

Now in their tenth year, the annual World Car Awards are now the number one awards program in the world based on Prime Research’s 2013 report.  The awards were inaugurated in 2003, and officially launched in January 2004, to reflect the reality of the global marketplace, as well as to recognize and reward automotive excellence on an international scale.   The awards are intended to complement, not compete, with existing national and regional Car of the Year programs.

The awards are administered by a non-profit association, under the guidance of a Steering Committee of pre-eminent automotive journalists from Asia, Europe, and North America. Peter Lyon (Japan) and Matt Davis (Italy) are the co-chairs; Jens Meiners (Germany), Mike Rutherford (U.K.), Eddie Alterman (USA), and Gerry Malloy (Canada) are the directors.  There is no affiliation with, nor are the awards in any way influenced by any publication, auto show, automaker, or other commercial enterprise.

PHOTOS from today’s press conference are available for download on our web site at www.wcoty.com > Award Photos.

PRIME Research International, a global leader in strategic communication research and consultancy, has joined forces with the World Car Awards to provide strategic studies in the fields of automotive assessment criteria and automotive awards. PRIME Research is a well-trusted research partner for the automotive industry with a broad range of automotive clients.  PRIME Research sets the standard in automotive media research by providing strategic benchmark information and SWOT analyses on over 100 brands and over 10,000 different automobile models.

Bridgestone Corporation, headquartered in Tokyo, is the world's largest tire and rubber company. In addition to tires for use in a wide variety of applications, it also manufactures a broad range of diversified products, which include industrial rubber and chemical products and sporting goods. Its products are sold in over 150 nations and territories around the world.

Showcasing the latest automotive trends, the 114-year old New York International Auto Show will unveil an extensive collection of the most technologically advanced vehicles on display anywhere in the world. The OICA-sanctioned event is owned and produced by the Greater New York Automobile Dealers Association.

Mobile: Download our iPhone app; on iTunes for Show info on the go

For a list of past World Car Awards winners, please visit our web site:  www.wcoty.com